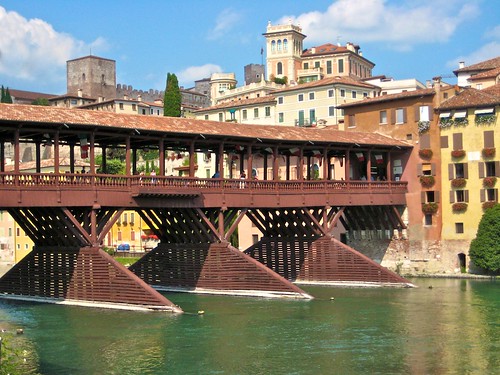 Bassano del Grappa is in the province of Vicenza in northern Italy. The parents of David’s maternal grandmother came from this city, and we are taking Mamie there so she can finally see where her parents lived. They moved to France in 1931 because they were against fascism, and they stopped speaking Italian as soon as they settled in Annecy. Mamie was born a year later, and so she is a French citizen and speaks only French. This will be her first time outside of France and first time on an airplane (we’re flying Lyon to Venice). She’s 78 years old and has always wanted to see Italy and I am happy to be able to finally take her there.

If you subscribe to the French Listening Resources podcast, I recently uploaded a 5 part interview with Mamie about her life in Annecy during World War II. It’s all in French, of course, but I hope to transcribe and translate it into English before the end of summer.

Wish me luck on translating from Italian to French!